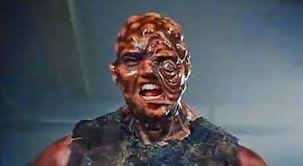 If there were not a 1984 (coincidence?) b-movie called “The Toxic Avenger,” I would risk trademark infringement to use it for the title of my latest screenplay about the state of the vox populi in 2019.  The IMDB description would read, “A highly unpopular political leader wins reelection vanquishing his toxic opponent.”

Dr. ESP, what are you trying to tell us?  Looking back at 2016, are you suggesting Donald Trump was in the lead role with Hillary Clinton as the opponent?  Or is it a warning that a far left candidate like Bernie Sanders or Elizabeth Warren could usher in a repeat of 2016?

None of the above.  In fact, the movie is not even about the United States.  Instead, my goal is to get Americans to pay more attention to the upcoming Parliamentary election in Great Britain.  If you want to know what November, 2020, might look like, we are being given not just a trailer, but a complete sneak preview.

British Prime Minister Boris Johnson was forced to call an early general election (don’t we wish!) when he failed to reach an agreement on Brexit terms from either Parliament or the European Union (EU).  Despite this inability to deliver on a promise, his Conservative Party remains the odds-on favorite to retain control of the House of Commons and for Johnson to continue his push for Great Britain to leave the EU.

All this, despite the latest polling on Brexit found, given a chance to re-vote, 49 percent of British citizens would choose to remain in the EU, compared to 40 percent who favor a divoce from their continental neighbors.  Likewise, when YouGov.com polled Brits concerning the prime minister’s job approval, 54 percent disapproved of his performance while only 38 percent approved.  (Do those numbers sound familiar?)  Yet, yesterday’s YouGov.com poll of voter sentiment suggests the Conservative Party would win by 12 percentage points if the election was held now.

That makes as much sense as Trump with a 54.4 disapproval rating (FiveThirtyEight average) having an even chance of re-election.  But it does when you look at Johnson’s toxic opponent, leader of the Labour Party Jeremy Corbyn.  According to a September MORI poll, Corbyn has a disapproval rating of 75 percent, including a 41 percent negative rating by citizens who self-identify as members of the Labour Party.  Imagine if Trump had that lack of Republican support.  Moscow Mitch would offer to pay for the moving van.

One constituency which has contributed to Corbyn’s high negatives is the Jewish community or as the London-based Times of Israel calls it “the kosher vote.”  British Jews are worried about an increase in anti-Semitism and see the Corbyn-led Labour Party as soft on the issue.  This should be a red alert for members of the Labour party who relied on overwhelming Jewish support for Tony Blair to reverse decades of Conservative Party rule.  This is not about ideology.  As the Times of Israel reports:

There are signs, however, that Jewish support for the Tories rests more on antipathy to Labour than affection for Johnson’s party. Last week’s Jewish Chronicle poll showed that 42% of Jews — a figure which rose to 57% among 18-34 year-olds — said they would consider voting Labour if Corbyn wasn’t leader.

The major difference between Britain and American is the existence of third parties.  Disaffection with Labour has not translated into higher Tory membership.  Instead the trend has been a dramatic increase in support for the center-left, anti-Brexit Liberal Democratic Party.  And initial election polls suggest the Liberal Democrats have a chance of winning seats in Parliament currently held by both Conservative and Labour candidates.

So, pay attention Americans.  One toxic candidate can shift support in a single election as was the case when Teresa May defeated Corbyn in the last British general election.  Two toxic candidates can accelerate the rise of a third party foreshadowing the third time this century the chief executive of the United States fails to win a plurality, much less a majority, of the popular vote.  Something to consider as primary voting begins in Iowa three months from this Sunday.

1 thought on “The Toxic Avenger”