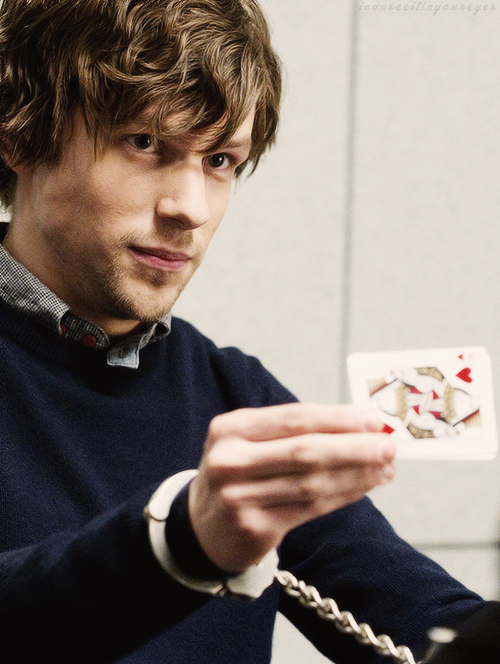 The downfall of many corporate giants comes from their believing they are “the smartest people in the room.”  One need look no further than Bethany McLean’s chronicle of boardroom hubris The Smartest Guys in the Room: The Amazing Rise and Scandalous Fall of Enron.  In recent cinema annals, the go-to actor when casting the self-proclaimed genius among peers is Jesse Eisenberg.  Whether portraying real-life characters such as Mark Zuckerberg in The Social Network (2010) or the fictional magician Danny Atlas in Now You See Me (2013), Eisenberg exudes the right mix of confidence and arrogance to forewarn viewers he will eventually get his comeuppance.

One thing is a sure bet.  Any individual who proclaims to be “the smartest person in the room” probably isn’t.  So, when Donald Trump maintains he is a “stable genius” you can bet the mortgage on a roll of the dice at any bankrupt Trump casino, he is neither.  Even his most avid supporters know that.  Then why, you ask, can 40 percent of the voting population believe he deserves another four years in office?  Because, like most decisions we make in life, it depends less on what we know than what we feel.

The same is true when we decide which presidential candidate deserves our support.  The proof is not in the winners, but the also-rans.  Michael Kukakis ran on a platform of “technical competence” after four years of Ronald Reagan platitudes that sounded more like Hallmark greeting cards than an agenda for the future.  Al Gore was going to save the planet, but nobody wanted to sit down with him because they knew he would dominate the conversation.  He thought he already had all the answers.  Mitt Romney was the ideal candidate to prove what America needed was a businessman in the White House but made his pitch in macro-esque terms, not micro-appeals to individuals.  Hillary Clinton and Elizabeth Warren had plans for everything, but the majority of voters could not have cared less.  Why aren’t party platforms given more attention?  One simple reason.  They don’t matter.

Which brings me back to the enigma of Trump’s support.  If the polling is correct, the question that is the single most reliable predictor of voting preference is, “Which candidate cares most about people like me?”  You know, that empathy thing.  But as Bill Clinton would have said, “It depends on what the definition of empathy is.”  If you are a living, breathing human being with a heart, you ask, “How could anyone vote for a man who time and time again fails to acknowledge the loss of 150,000 Americans to COVID19, even if his assertion is true that many more would have died but for his administration’s response?”  The media outlets drive home this point with split screen images of Trump and Biden.  One claims, “It is what it is.”  The other, “I know what it’s like to lose a member of your family and, believe me, there will be a day when a smile comes to your face before a tear comes to your eye.”

No contest?  I repeat, it depends on what the definition of empathy is.  Consider the following examples which explain how Trump’s coalition of support can include both billionaire Sheldon Adelson and former KKK grand dragon David Duke.

Put them all together and what have you got?  Forty to 42 percent of the voting population.

Yet, it also explains why 42 percent is also the likely ceiling of support this time around and the decline in support among two groups who were critical to Trump’s electoral college victory in 2016: the elderly and women.  Let’s start with older voters.  They may have healthy stock portfolios, hold negative views of people of color and immigrants or think police are getting a bum rap.   But if they die from the coronavirus, they are deprived of the opportunity to enjoy their assets and prejudices.  Thomas Jefferson knew what he was doing when he put “life” before “liberty and the pursuit of happiness.”  The latter two are irrelevant if you’ve breathed your last breath.

Then there are women among whom Biden holds a 56-35 lead according to a June 2020 NBC News/Wall Street Journal poll.  In an earlier Hill-HarrisX survey, 62 percent of women voters said they were unlikely to vote for Trump.  There are a lot of reasons for this.  For example, younger, college educated women resent Trump’s efforts to deprive them of birth control under their employer’s insurance plan if the boss believes Jesus would have disapproved.  But that was also true in 2016.  What has changed?  Suburban white women are increasingly abandoning the Trump bandwagon.  Listen to the reasons reported in a June article in the Los Angeles Times.

I do like Trump, but I think he should set a better example.

If he’s not taking issues like this (pandemic) seriously, what else is he not taking seriously.

Honestly, I think he needs to stay off Twitter.

Sound familiar?  Despite enlightened views on gender roles when it comes to raising a family, women are still on the front line.  And their attitude toward Trump reflects that.  They want role models for their children.  And their concerns about Trump mirror their anxiety about their own offspring.  Why don’t they take school more seriously?  Are they spending too much time on social media?  They have to deal with their own adolescents on a daily basis.  The last thing they need is one more child to worry about even if he is president of the United States.

Nor do they appreciate someone who does not even pretend to be a partner when it comes to raising a family.  Imagine how you would feel if your husband told a national radio audience in 2005 he never changed his children’s diapers.  (Source: Opie and Anthony)

I have had the opportunity to be in the same room with every U.S. president from Jimmy Carter to Barack Obama.   Among those six chief executives, one stands out when it comes to the empathy quotient, Bill Clinton.  Yes, his nickname “Slick Willy” is well deserved.  He cheated on his wife and was guilty of workplace sexual harassment.  He perjured himself in a deposition.  And he may even be a pedophile based on his association with Jeffrey Epstein.

But when he said, “I feel your pain,” you believed him.  Not because he was smart or articulate even though he might have been the smartest person in the room.  After all, there was a reason he was called on to be the “explainer-in-chief” to make the case for Obama’s re-election at the 2012 Democratic convention.  It was because, when you stepped into his office in Little Rock to discuss rural development, he complimented you on your tie.  Or when you needed to get his attention at a National Governors Association meeting after he became president, he turned around and called you by name.

You believed him because he made you feel like “YOU were the ONLY ONE in the room.”  The winner in 2020 must exhibit that same quality.