If you have wondered what ever happened to the people who developed HillaryCare in 1993 or the programmers who created the ObamaCare roll-out in 2013 or the engineers who designed the software for the Boeing 737 Max 8, now you know.  They were all hired by the Iowa Democratic Party to design and run software to report the results of the 2020 Iowa caucuses.  And while we await the specific reasons for last night’s perfect storm, there is more than enough evidence to understand the underlying causes. 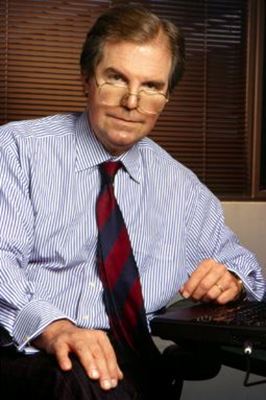 In 1996, I had an opportunity to visit with Nicholas Negroponte, founder and chairman emeritus of the MIT Media Lab.  At the time I was working on a report for the National Governors Association titled, “Telecommunications: The Next American Revolution” and was interested in this thought leader’s views on how digital technology might impact society.  During the interview, Negroponte expressed concern that organizations would believe technology was a way to merely automate their existing business models.  His hope was these entities would understand the digital age was a once in a lifetime opportunity to completely rethink how they operated.  Within that opportunity was the chance to simplify complex systems.

Clearly, Iowa and the Democratic National Committee (DNC) did not get the message.  Instead of simplifying the process, they made it more complex, and as many pundits observed this morning, less democratic.  Consider the following factors which contributed to last night’s debacle.

Rube Goldberg would be proud.

CBS News is reporting, “The party is blaming a coding issue in its reporting system. It says that the app recorded the data correctly, but was only reporting out partial data.”  If only they had read my January 29 blog entry “Crystal Balls,” in which I praised Barry Levinson as a modern day prophet for predicting just such an occurrence in his 2006 film “Man of the Year.”

But the same accolade goes to Negroponte.  I would not be surprised if, this morning, he is thinking, “I told you so.  All you did was automate a bad process when you had the chance to create a better one.”  The real problem was not the counting and reporting program.  It is the hypocrisy of the Iowa Democratic Party to defend a voting scheme that is among the least democratic in the nation and much of the free world.

Many progressive advocacy groups and the DNC have spent millions of dollars and hours in courtrooms railing against Republican policies that suppress voter turnout.  Perhaps they should look in a mirror.  In 2016, 15.7 percent of Iowa residents of voting age participated in a caucus.  Contrast that with 52 percent of New Hampshire voters who cast ballots in their primary one week later.  Multiple factors contribute to the low turnout.  First, you have to be there.  There is not early voting or mail-in ballots. If you are out-of-town, work an evening shift or disabled, you are out of luck.

Then there is the privacy issue.  In school, we were taught our vote is a sacred, personal act.  Why else would you have partitions between voting machines?  Why don’t they ask you to sign your ballot?  Because you have a right to keep that information to yourself.  Iowa, of all states, should understand that.  This morning, Joe Scarborough raised the following scenario.  Imagine a Republican in a small town wanted to vote for Bill Weld or Joe Walsh as a protest vote against Donald Trump.  Would someone really want to stand alone in a corner of the local high school gym to register that preference?  What if that voter had a business and feared Trump supporters would boycott his or her shop for bucking the crowd?

I turned on MSNBC last night at 6:00 pm, hoping Ari Melber might have an update on West Virginia Senator Joe Manchin’s call for a bi-partisan censure of Trump since so many of GOP senators have now admitted the Ukraine “drug deal” was inappropriate or crossed the line.  But MSNBC was already in full Iowa caucus mode.  They immediately went to a gym at Drake University where one student was trying to talk another into caucusing for Joe Biden.  The candidates have been in Iowa for a year.  They have made hundreds of personal appearances.  Spent millions on television ads.  Does anyone really think talking to a stranger for two to five minutes is going to be the deciding factor in how one votes?  If so, heaven help us all.

The answer is KISS (keep it simple stupid).  And there are already models out there which do exactly that.  Perhaps the best example is Ranked-Choice Voting, currently used in the State of Maine.  This system, adopted by statewide referendum, was first deployed during the 2018 midterms.  Voters assign an integer preference to each name on the ballot.  If no candidate receives a majority, the candidate with the lowest total is eliminated and the second choice of that candidate’s supporters is distributed to the remaining contenders.  And so on, until a candidate has a majority of support.  It worked without a hitch in 2018 and will be used for both the party primaries and general election this year.  And I’m willing to bet any computer literate eighth grader could write code using “if-then” statements which would produce an accurate tally.

Based on last night’s Iowa cluster fudge, I am compelled to add one more name to my pantheon of modern day prophets.  And that is Will Rogers, who must have been able to see Iowa from his front porch in Oklahoma when he said, “I am not a member of any organized political party.  I am a Democrat.”

For what it’s worth,Dr. ESP