In an era when voters across the political and ideological spectrum are questioning the integrity of our democratic process, we need professionals, not politicians, overseeing elections.

Does quoting oneself make me a narcissist?  If so, I plead guilty.  I can always hope Bill Barr will drop the charges or Donald Trump will commute my sentence.

More surprising, the excerpt comes from a letter to the editor in which I endorsed a Republican for county supervisor of elections.  (Gasp!) Now one might argue, “Dr. ESP, big deal!  All three candidates are registered Republicans.”  True.  But that does not explain why I would try to influence a partisan primary of a party to which I do not belong.  Of the three candidates one is a real estate developer who currently serves as a county commissioner.  Another is our former state representative, who, upon being term-limited, immediately ran for superintendent of schools and was soundly defeated. As one political commentator put it, “A former Republic state legislator is trying, yet again, for her next political office.” (A.  G. Gancarski/June 13, 2020)  Given the choice, I will take a career public servant over a career campaigner/fundraiser every time.

The third, my preference, although born and raised in our county, has for the past 13 years served as director of information services in the elections office of our neighboring county.  Additionally, he has been honored by his peers on numerous occasions. (NOTE:  It remains a mystery to me why so many states, particularly Southern states, fill critical administration jobs through partisan elections.)

What was not surprising was a letter to the editor, two days later, by a member of the local Republican party steering committee in which she made two points which only proved my case.  First she identified me as “a Democrat who believes that a Duval County career bureaucrat has the answers for Nassau County.”  But then she goes on to describe her preferred candidate as “a real conservative and someone we can all trust.”

Reminiscent of the scene in Field of Dreams when Terrence Mann (James Earl Jones) contemplates writing another book titled Shoeless Joe Jackson Comes to Iowa, this 2020 political saga might as well be called The Trump GOP Comes to Northeast Florida.  Consider the obvious parallels.

Many years ago, I attended a conference in Harrisburg, Pennsylvania, at which a newly elected U.S. Senator warned the audience to be wary when they hear the mantra, “Power to the People.”  In most cases, he said, what they really mean is, “Power to MY People.”  The speaker was 30-year-old Joe Biden.  He may have aged, but his message has not.  Equally important, he suggested this inherent contradiction between the spoken word and the underlying objective is not the exclusive purview of one political party.

I offered my two-cents in this local election because it is up to each of us to establish whether we put the public interest above partisan allegiances or ideology.  If there had been an equally unqualified, untested Democratic candidate for elections supervisor, my endorsement would be the same.  To overcome the political distemper that taints civic dialogue and the inability to reconcile legitimate differences in policy, each of us needs to set an example, be a role-model. 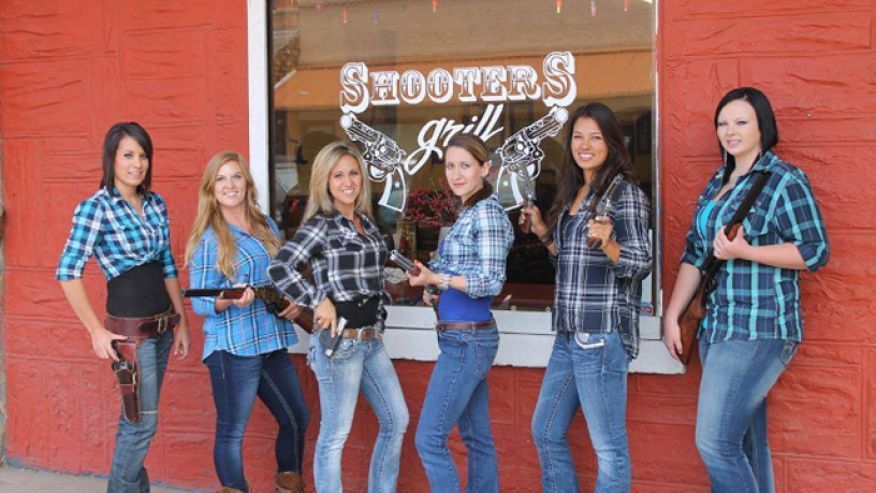 I am not naive enough to think everyone will jump on this bandwagon immediately.  After all, Republican primary voters in Colorado recently ousted an incumbent congressman in favor of a restaurant owner (third from the left) from Rifle, Colorado (no kidding) who believes in the QAnon deep state conspiracy.  And based on the overwhelming Republican majority in the district, she is likely to be sworn in next January.

And still, many Americans wonder why the standing of the United States has diminished abroad.  Listen carefully to what the foreign onlookers say.  They may mention Donald Trump’s incompetence and ignorance.  But above all, they wonder how American voters ever ceded him the stage in the first place.  As Walt Kelly’s alter ego Pogo so eloquently said, “We have met the enemy and he is us.”