The coronavirus is referred to as an “invisible enemy” against which we have been forced to take up arms to defeat.  Donald Trump calls himself “a wartime president.”  And if he had wanted to, he could have fully invoked the Defense Production Act to accelerate the manufacture and distribution of the “weapons” required to neutralize this invader.

If nothing else, under competent leadership, the United States knows how to wage war.  We have both the skilled armed forces and firepower to prevail.  But there is a difference between war and military operations. Winning a war requires a commitment, not only by those in uniform, but by the populace writ large.  If not for the tragic loss of life and property, armed conflicts in which a small percentage of Americans (i.e. volunteer warriors) are expected to shoulder the burden are more akin to strategic exercises designed to alter a geopolitical equation.

Based on this distinction, the battle against the coronavirus is more closely related to World War II than it is to Vietnam or Iraq.   Health and safety first responders are the descendants of WWII draftees and volunteers who put themselves at risk of injury or death each time they engage with this enemy.  But they are not the only heroes.  As was the case in the fight against the Axis powers, the overwhelming majority of Americans have acknowledged victory is dependent on their actions as much as those on the front lines.

The United States will win this war.  Eventually there will be treatment or a vaccine.  Think of it as the medical equivalent to the atomic bomb in WWII.  It will be a dramatic moment.  The virus will surrender.  Crowds will gather in Times Square.  Two strangers–one a EMT, the other a nurse–will embrace and their hug will be captured on Instagram and broadcast across the nation epitomizing the victory celebration.

But victory in war is only half the story and often the easiest chapter to write.  As noted above, we know how to wage war.  My question. As we think about a post-COVID world, “Do we know how to wage the peace?”  Unfortunately, history tells us the answer is, “No.”

Beginning with the American Revolution, armed conflict has been viewed as a win/lose proposition.  Lingering enmity between the newly independent United States and the Crown resulted in a second wave of combat less than 30 years later.  The era of reconstruction after the Civil War is still a scab on the psychic of some residents of the states who joined the Confederacy.  For 70 years, we have been engaged in an armistice with North Korea instead of a peace agreement.  And most recently in Iraq, “mission accomplished” morphed into “mission unknown.” 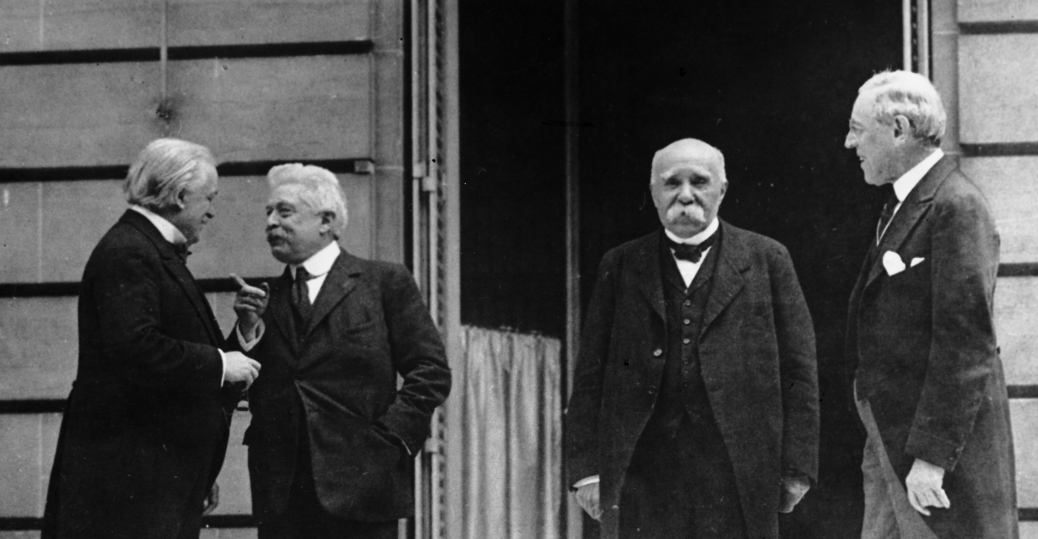 Certainly, the best example of a failed peace was World War I.  The goal of the allies at Versailles to humiliate and punish their adversaries was a major contributing factor to the rise of Nazi Germany and the onset of WWII.  According to Michael Neiberg, a professor of history at the U.S. War Army College, the Treaty of Versailles, particularly the forced ceding of pre-war German territory in Europe and Pacific Asia, “made Europe a less stable place.”

The lone exception is the United States response at the end of the second world war.  Rather than punish and humiliate the vanquished, the goal was to rebuild Europe and Japan through such efforts as the European Recovery Program, also known as the Marshall Plan.  The message?  Those under the rule of the Axis powers were also victims of their governments’ misguided policies.  And, what may be the greatest example of counter-intuitive thinking, Italy in 1949 and Germany in 1955 were invited to join the North Atlantic Treaty Organization (NATO).  In a variation of Isaiah 2:4, if you cannot turn swords into plowshares, try turning enemies into allies.

Which brings me back to the the war analogy when it comes to the current pandemic.  We have only begun to count the casualties from this crisis.  On any given day, I wonder if the 100,000+ deaths, as significant as that number seems, may not be most enduring tragedy.  The coronavirus has ripped off more than a band-aid that hides the cuts and scrapes on the American body politic.  It is more like releasing a tourniquet.  We see more than just a scab or abrasion.  There is a stream of fresh blood, the result of disparities between the rich and poor, between races, between urban and rural, between ignorance and enlightenment and between nations.

None of these will disappear when we eventually defeat the coronavirus on the medical battlefield.  They must be addressed in the peace agreement that follows.  Will the “treaty of Wuhan” result in the United States and China creating a new global alliance to fight future pandemics?  Will the next administration propose the “Fauci Plan” to reinforce the health care system in rural areas and inner cities, both of which have been stressed to their limits?

Former Chicago mayor Rahm Emanuel once said, “You never let a serious crisis go to waste.  And what I mean by that, it’s an opportunity to do things you think you could not do before.”  This is one of those opportunities.  There will be advancements in medicine and science.  But those are weapons of battle.  Will there also be advancements in our civil discourse which give the peace a chance to make America a more perfect union?  Or will the urge to take political advantage of the medical victory over COVID19 make the United States a less stable place?