You don’t change the course of history by turning the faces of portraits to the wall.

Something unprecedented occurred last night.  As my wife and I were settling in to binge-watch season six of Longmire,  I heard a  Washington Post alert notification on my cell phone.  Being Friday night, the witching hour during which our coward-in-chief tries to slip the latest unpopular action or embarrassing revelation under the radar screen, I wondered, “What has he done now?”  But, DAMN! It was actually good news.  “Trump backs off decision on big-game hunting after outcry.”

My first reaction? “This is great.  The people win again.  Democracy lives.”  But this welcomed reversal of just one more stupid and cruel Trumpian policy came a day after the House of Representatives passed tax legislation which is opposed by a majority of U.S. voters.  And this reprieve for elephants occurred in  the same week polls show 95 percent of Americans favor expanded background checks for gun purchases but nothing happens.  Why this time?  And more importantly, how do we make it happen again and again?

This wasn’t rocket science.  The campaign against allowing the importation of big game trophies had a poster child, none other than Donald J. Trump, Jr.  Immediately following word the U.S. Fish and Wildlife Service (FWS) had lifted the ban, the Internet was awash with this and other pictures of Donny and his safari souvenirs.  For the record, the announcement did not come from the Wildlife Service, a 6:00 am White House tweet or any other official source.  First word of the policy change came in a press release from the Safari Club International.  YELLOW is the new ORANGE.

I read all the articles about the decline in the African elephant population.  And culled the research which debunked the claim by FWS the revised policy was a herd conservation measure.  But in Trump’s America emotion eclipses logic.  Sarah McLaughlin knows that.  It is why her PSAs against animal cruelty do not show happy adopted pets in their new homes.  Or as disturbing as the images might be, Save the Children chooses to display malnourished orphans, not the recipients of your generosity enjoying the food your donations provide.

And there certainly is no lack of poster children to demonstrate the hypocrisy and false promises coming out of the executive branch of the federal government.  For example, do Treasury Secretary Steve Mnuchin and his wife look like people who care about income inequality?  Even The Weekly Standard editor William Kristol, a conservative Republican, told MSNBC’s Ari Melber, “I don’t understand why Democrats aren’t showing this picture every five minutes.”

The American portraits in Nehru’s quote which have changed the course of history and can do so again include African Americans being attacked by police dogs and beaten with billy clubs.  They are the disabled in wheelchairs being removed from the halls of Congress during the multiple attempts to deprive millions of Americans of health care since January 20th.  And yes, they are the covered, lifeless bodies of children in Newtown, concert-goers in Las Vegas and worshipers in Charleston and Sutherland Springs.  If these images make you uncomfortable, GOOD.  We need to be uncomfortable. 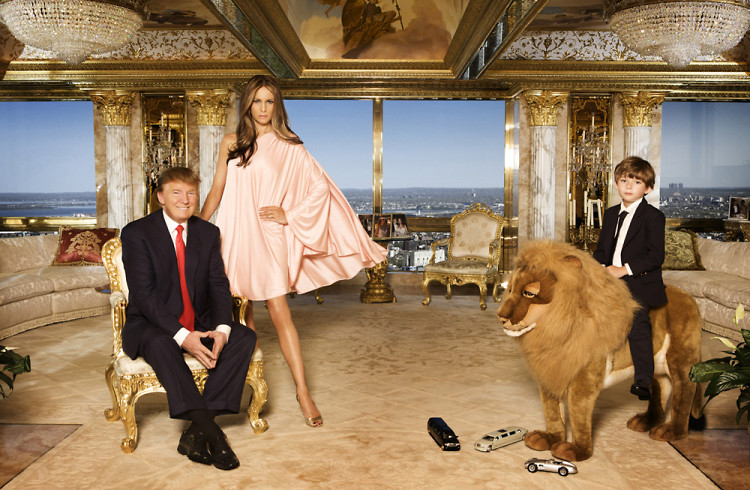 I am reminded of a Rabbi who feared the horror of the holocaust was too abstract for some people to grasp.  He changed the narrative as follows.  “Do not think of it as six million people put to death.  Instead, think of it as one individual being put to death on six million separate occasions.”  So, forget the numbers.  Think about the faces of the individuals who will lose affordable health care nine million times if the Senate passes its version of tax reform.  Think of each of the 15 million kitchen tables at which individual taxpayers will wonder why their taxes have increased when this family gets over one billion dollars in benefits.

A picture is worth a thousand words.  It is also worth ten thousand postcards, a hundred thousand emails, and hopefully, millions of votes.

3 thoughts on “FACEing the Music”