I stopped watching the Sunday morning “news” programs, because they do everything BUT give the news.  Oh for the days when Meet the Press meant that someone in the news would be questioned by a panel of journalists.  Today, the same show consists largely of op-ed writers at a round table talking at (and often past) each other.  You might know it by the frat-boy moniker, “circle jerk.” 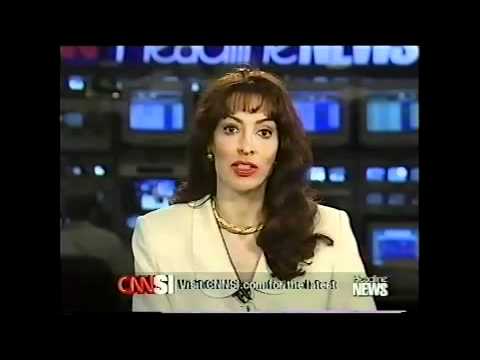 Maybe some of you aging, more COVID-19 susceptible folks remember the original CNN Headline News with Lynne Russell.  Every 30 minutes you got a version of the news Sargent Friday (Jack Webb) would be proud of, “Just the facts, ma’am.”  News based on the basic principles of journalism:  who, what, when, where and how.  For a medium which characterizes the current administration as a “reality TV show,” the mirrors in the make-up rooms of every cable news studio must be draped in sack cloth.   Their programs now consist of a series of cliff-hangers, unintended parodies of that old joke, “Global apocalypse; details at eleven.”

For example, yesterday on Morning Joe,  Mika Brzezinski announced this lead-in to a story of particular interest to those of us who believe Florida governor, Ron “deSanitize the data,” is cooking the books when it comes to reporting COVID-19 cases and related deaths.  “Coming up, questions about Florida under-reporting coronavirus cases in the wake of the state’s reopening.”  An HOUR later, they finally interviewed Palm Beach County State Attorney Dave Aronberg who confirmed the “official” state numbers were limited to tests administered by public health agencies when 90 percent of tests were done at private laboratories.

Which brings me to today’s main theme, when news programming is more interested in journalists talking to each other what do they fail to cover.  Take an op-ed in this morning’s New York Times, actually one I find somewhat innovative in which liberal Gail Collins and conservative Brett Stephens present their thoughts as a dialogue.  Today’s conversation was titled, “Donald Trump, Unmasked.”  Stephens has become part of the growing herd of former Republicans who now admit Trump is anything but a conservative and is a threat to national security.  While hoping Joe Biden dethrones the incumbent, Stephens suggested the presumptive Democratic nominees needs to present himself as more than the anti-Trump.

All this means there’s an opportunity for Joe Biden, provided he can articulate not just a biting critique of Trump but a compelling rationale for his candidacy.

If folks like Brett Stephens had paid attention during one of Biden’s recent virtual town halls, they might have heard that rationale.  When asked what he might do differently from Trump to re-open the economy, Biden suggested job-sharing.  Four versus eight hour shifts for company employees.  Half the employees on a factory floor would facilitate physical distancing.  And public assistance such as the Paycheck Protection Program (PPP) would be needed only to subsidize half the salary for each worker.  Media outlets Zoom-Zoomed right by this recommendation faster than a Mazda Miata in favor of commentary about how soon Biden can get out of his basement.

It’s not like the American news media have not been burned enough times already for reporting opinion instead of facts.  Vietnam.  Iraq.  Racial injustice.  Mortgage lending.  Universal health care.  And there are already models out there.  If your cable or streaming television service offers BBC World News,  give it a try.  Thirty minutes several times a day.  An anchor at a desk reporting the news.  BBC correspondents tell us what is happening, not what they think.  The closest they come to opinion is covering what world leaders are saying.  News that actual abides by the Fox tagline, “We report. You decide.”

Television is not the truth. Television’s a goddamned amusement park! Television is a circus, a carnival, a traveling troupe of acrobats, storytellers, dancers, singers, jugglers, sideshow freaks, lion tamers, and football players. We’re in the boredom-killing business!

The transformation at UBS is complete when the network president assigns management of “the news” to the head of entertainment programming Diana Christensen (Faye Dunaway).

The question of the day?  As boredom increases during this global pandemic, do we become more susceptible to this circus or do we follow Howard Beale and open our windows and tell the world, “I’m mad as hell and I’m not going to take it anymore”? Or better yet, emulate Dana Freeling (Dominique Dunne), who, upon seeing her house implode at the end of the movie Poltergeist , screams, “WHAT’S HAPPENING?”  Wouldn’t it be nice if there was someone who would tell us?