Language evolves.  It adapts to changes in culture.  When I first arrived in Charlottesville in the fall of 1967, students at the University of Virginia would sing “The Good Old Song,” following each home team score during a Saturday afternoon of football at Scott Stadium.  The lyrics included, “We come from old Virginia, where all is bright and gay.”  In hindsight, considering the undergraduate college at Mr. Jefferson’s University was at the time an all-male school, maybe the description was more appropriate than we imagined.  After all, we were quite dapper, required to wear coats and ties to class, and the code of student conduct referred to a student as “a Virginia gentleman.”

Among words or phrases that experience this transformation is the acronym “NIMBY” which is the short form of “not in my back yard.”  Its origin goes back to the early 1970’s and the environmental justice movement when undesirable public or private activities ranging from nuclear power plants to prisons were proposed for low and middle income communities.  The rich and powerful who generally used or profited from such facilities were fine with them as long as they were not subject to the economic, safety or aesthetic consequences of their locations. 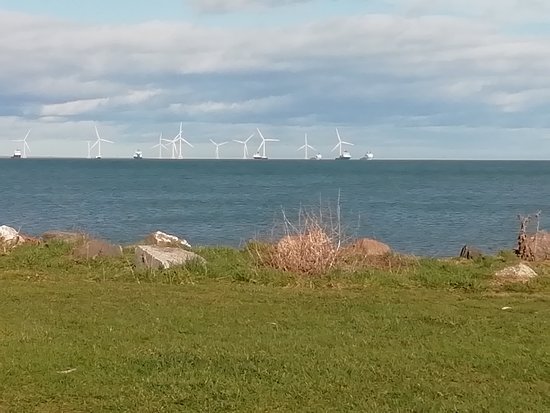 Among the most recent cases of NIMBY mentality was the 2015 case of Trump International Golf Club Scotland Ltd v Scotland in which you know who challenged the government’s authority to approve wind farm applications, especially one that would be visible from his Aberdeen resort.  If it makes you feel any better, the United States is not the only country in which Donald Trump confuses the personal from the public interest.  Prior to initiating legal action, Trump wrote to assumed friend Scottish First Minister Alex Salmond and claimed he was “fighting for the benefit of Scotland.”  When the Scottish Supreme Court ruled against the Trump Organization, Salmond described Trump as “three times a loser.”  (Readers are encouraged to make up their own parody of Lionel Richie and the Commodores’ “Three Times a Lady.”)

Which brings me to the emerging new meaning of NIMBY.  In 2020, one can argue the term also refers to things specific demographics ignore or consider irrelevant as long as they do not occur close to home.  Consider the following two examples the coronavirus pandemic and the “Black Lives Matter” movement.  Both started as localized phenomena, but now leave no corner of the nation untouched.

Let’s start with Americans’ attitude to the government’s response to COVID19.  According to the FiveThirtyEight average of polls, on March 28, 2020, Trump’s margin of disapproval dropped to 3.9 percent (49.7 disapproval versus 45.8 approval), its lowest level during his three plus years in the White House.  On March 27, Trump asked the CDC to issue a travel advisory for the tri-state area (NY, NJ, CT) in which an overwhelming majority of the 2,010 COVID-related deaths confirmed to date had occurred.  In other words, Trump benefited from the fact most Americans felt unaffected as long as people were not dying in their back yards and Trump’s executive order was designed to prevent exactly that.

This morning Trump’s margin of diapproval is 14.5 percent (55.3 disapproval versus 40.8 approval).  Why?  Because residents in the Sunbelt and farm states can no longer feel safe under the misconception COVID19 is confined to the Northeast and West Coast.  And all of Trump’s and Mike Pence’s assurances cannot convince them otherwise.  Predictions and promises have little meaning when red state residents watch as family, friends and neighbors become ill or die from a disease that refuses to recognize geographic borders.

The same can be said of the newly energized and broader response to excessive police force.  Prior to the deaths of George Floyd, Breonna Taylor and other African-Americans at the hands of law enforcement officers, those injustices were something that only happened in the Deep South.  Protesters were only gassed and hosed at the behest of overt white supremacists such as Alabama governor George Wallace and Birmingham sheriff Bull Connor.  Lynchings occurred in Mississippi, not California.  “Black Lives Matter” was a response to isolated instances of police misconduct.  Until it wasn’t.  Even in localities that have so far escaped the trauma of the outrage which brought protesters out into the streets, a majority of Americans now recognize their good fortune is more a matter of luck than culture.

So, if you were to ask me what movie best captures the extraordinary time and conditions in which we now live, I would not gravitate to films like Contagion or Do the Right Thing.  My first choice is Independence Day, except I would rename it Election Day.  And in my remake, Joe Biden would be cast as President Whitmore and his speech on the eve of election day 2020 would sound something like this.

We can’t be consumed by our petty differences anymore. We will be united in our common interests. Perhaps it’s fate that tomorrow is the 3rd of November, the same date in 1979 on which the Klan and neo-Nazis in Greensboro, North Carolina opened fire on protesters, killing five marchers and injuring scores of others.  You will once again be fighting for our freedom not from corruption, dishonesty or division but for soul of America.

November 3rd will no longer be known as an American experience, but will be the day when our allies around the world and every human being who seeks freedom and justice declare in one voice, “We all share the same back yard.”