While teaching at Miami University, I was once asked to be part of a visioning exercise at a Cincinnati architecture firm.  The purpose?  To discuss the mindset of recent college graduates and how that might affect their recruiting and business model in the future. 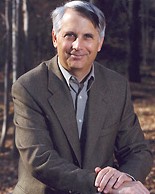 My invitation was based on an article in Miami Magazine about the creativity class I developed as part of the entrepreneurship curriculum.  A second panelist was William Strauss, co-author of the book Generations: The History of America’s Future, 1584 to 2069.  As I entered the large conference room and went over to introduce myself to Strauss, something about him looked strangely familiar.  Had I watched a televised interview about the book or seen his portrait on the back cover in some bookstore?  It was only when he said “hello” I made the connection.  This was the same Bill Strauss, who, in 1981, co-founded the satirical music ensemble The Capitol Steps, a project which began as Senate staff entertainment at a Christmas party and, until the pandemic, performed weekends at the their own theater in the Ronald Reagan International Trade Center in Washington, D.C.  NOTE:  Sadly, Strauss died in 2007, after an eight year battle against pancreatic cancer.

As we start to emerge from the combined health and economic crisis precipitated by the spread of the coronavirus, I think about Strauss and the lasting effect of the past 15 months.  In Generations, Strauss and co-author Neil Howe establish the “Strauss-Howe generational theory,” described as follows on Wikipedia.

According to the theory, historical events are associated with recurring generational personas (archetypes). Each generational persona unleashes a new era (called a turning) lasting around 20–25 years, in which a new social, political, and economic climate (mood) exists. They are part of a larger cyclical “saeculum” (a long human life, which usually spans between 80 and 100 years, although some saecula have lasted longer). The theory states that a crisis recurs in American history after every saeculum, which is followed by a recovery (high). During this recovery, institutions and communitarian values are strong. Ultimately, succeeding generational archetypes attack and weaken institutions in the name of autonomy and individualism, which eventually creates a tumultuous political environment that ripens conditions for another crisis.

These critical events are labelled “crucibles.”  While Strauss and Howe document 500 years of such crucibles, I will focus on the last century of generation-shaping experiences from the Great Depression to World War II to John Kennedy’s assassination to 9/11 to the COVID-19 pandemic.  The first four fit the Strauss-Howe theory.  Each brought on a period of national unity eventually eroded by another crisis, the best example being the era of social and economic progress immediately following Kennedy’s death which disappeared with each increase in engagement in the Vietnam war.

The last six months raise a different question.  What happens if there are two or more competing crucibles?  Take January 2021.  During the first month of the new year, the death count from COVID-19 in the United States reached a high point of 102,014.  According to Strauss and Howe, such a traumatic shock to the populace should have triggered a recovery characterized by national unity and strong community values.  However, at the same time, America experienced an equally shocking moment on January 6th when a sitting president incited an armed insurrection designed to prevent Congress from carrying out its constitutional mandate of certifying a presidential election.

Why does it matter?  Twenty years ago, our daughter was a freshman in college on 9/11.  In response to an attack on the homeland, she enrolled in ROTC and now serves as a major in the U.S. Air Force, something no one could have predicted based on her pre-9/11 behavior. Generations contains many similar individual examples how a half millennium of historical events changed the course of people’s lives. If I could share our daughter’s story with Bill Strauss, I imagine he would say, “See, that’s exactly what Neil and I are talking about.”

But what about current freshmen in college?  What will be their personal crucible?  The fact that their transformation from adolescence to adulthood, being on your own for the first time, was interrupted?  Or for the first time in 200 years, the U.S. Capitol was breached, not by a foreign adversary, but by domestic terrorists?  How many young men and women will join the medical profession or become first responders?  And how many will join armed militias or conspiracy-based organizations such as Q-Anon?

What did Strauss and Howe miss that would help us understand “dueling crucibles?”  Maybe it was their belief that the cycle of crisis and recovery was the natural order of things.  However, in hindsight it appears a necessary variable is a leader who understands what Rahm Emanuel once stated, “Never let a crisis go to waste.”  Think FDR after the depression, LBJ after the assassination, George W. Bush after 9/11.  In contrast, Trump will forever claim he would have been re-elected by a landslide but for the pandemic.  FDR, LBJ and W, based on their experience would tell him otherwise.  “When you take control of a crisis, regardless how bad, you win.  When you let it control you, you lose.”

Of one thing I am sure.  If Bill Strauss were still around on January 6th, he too would never think of “The Capitol Steps” in the same way.  In 1981, he and troupe co-founder Elaina Newport chose the name based on a rumor which became a widely repeated joke in D.C. political circles.  Rita Jenrette gave an interview in which she claimed she once made love to her then husband Congressman John Jenrette (R-LA) on the stairs to the east entrance of the building.  That meme (I know, an anachronism in 1981) led to a Rita Jennette Playboy cover and photo spread.  What happened on those steps in 2021 was neither a rumor nor funny.